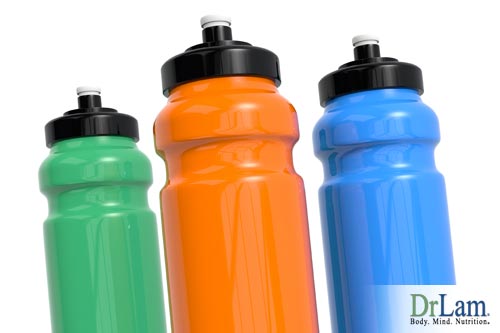 One of the classic findings in advance Adrenal Fatigue Syndrome (AFS)sufferers is the need to be carrying a water bottle in order to be constantly hydrated. We call them “water bottle babies”. The need for fluid repletion highlights the metabolic problems within the inability of the body to fine-tune electrolyte balance, especially with regards to sodium and potassium. Our aldosterone levels, another steroid hormone produced in the adrenal cortex, are primarily responsible for regulating this balance.

Fluids in the human body are balanced through a self-regulating mechanism which stabilizes blood volume and electrolyte levels. This process can be compromised when hormones that regulate these processes become dysregulated. These effects are first seen in late stages of AFS. Symptoms are subtle at first, but do worsen over time. They include:

The average adult human body is fifty-five to seventy-five percent water. Those who are overweight will have more water compared to those who are lean. While one can survive fifty days or more without food, the body can only go without water for a few days before survival is at risk. Maintaining optimum fluid balance is important to achieving general good health. This is especially critical in Adrenal Fatigue Syndrome , where fluid dysregulation is a common occurrence, especially in the advanced stages.

Fluid imbalance presents as a continuum. Unfortunately, conventional medicine is mostly familiar with fluid imbalances at the extreme ends of the scale, with severe dehydration on one end and massive fluid overload at the opposite end. Fluid overload clinically results in pulmonary edema, peripheral edema, and congestive heart failure. These are quickly resolved with administration of medications called diuretics that increase urine output to reduce body fluid load. Deficiency in a fluid, or clinical dehydration, is treated with fluid replacement.

Little attention is paid when fluid imbalance lies between the two extremes when symptoms can be evident but laboratory tests are normal. This is especially the case for those on the fluid depletion side of the spectrum. In this subclinical state of dehydration, signs and symptoms are subtle and mild. It is often missed and ignored as important factors to ailing health.

In a healthy body, thirst is the first response to low fluid levels. This is usually felt when the body has lost around two to three percent of its water. At the cellular level, however, damage begins to occur with as little as one percent loss of water volume. Those with advance AFS fare even worse; compared to a healthy body they exhibit symptoms of fluid imbalance and subclinical dehydration at a lower threshold, and well before laboratory tests show any abnormality.

We begin our discussion first by exploring how the body regulates fluids as a whole.

Water moves from one compartment to another due to osmosis. Osmosis is influenced by dissolved solutes in fluids such as minerals and electrolytes. When the fluid compartments of the body contain appropriate concentrations of water and electrolytes, the body is said to be in fluid balance. This is the way nature intended it to be. Problems occur when one compartment has more or less fluid than others do.

The bulk of our daily water intake comes from food and drink averaging 2,300 ml per day. Another 200 ml is produced by our internal metabolic breakdown of nutrients. This average total daily intake of 2,500 ml should equal the total fluid output through the skin, lungs, kidneys and GI tract for the body to be in balance.

When our body is depleted of fluids, the brain initiates a chemical chain reaction that leads to a sensation of thirst by increasing the osmotic pressure of blood passing through the hypothalamus. We respond to thirst by taking in more fluid orally. When the body has excess fluid, an output is automatically increased, usually through the kidneys in those who are healthy.

Water output is regulated by antidiuretic hormone (ADH) and aldosterone. Both hormones cause the kidneys to reabsorb more water back from urine to remain in the body.

Antidiuretic hormone (ADH), also known as arginine vasopressin, is secreted by the posterior pituitary gland. After traveling to the kidneys, ADH binds to receptors on cells in the collecting ducts. It promotes reabsorption of water back into circulation, reducing water output. Without ADH, water flows freely out of the body with urine, as the collecting ducts are virtually impermeable to water. The most common ADH related disease is diabetes insipidus. This clinical condition arises from either dysfunction in the hypothalamus or in the kidneys. One of the major signs of either type of diabetes insipidus is excessive urine production, and the resulting dry mouth and increased thirst. Fortunately, ADH dysregulation is a relatively rare cause of fluid imbalance in Adrenal Fatigue Syndrome.

On top of our kidneys sit the walnut-sized endocrine glands called the adrenal glands. These glands secrete over fifty different types of hormones, regulating our ability to deal with stress, libido, inflammatory response, fight-or-flight response, and fluid balance. Each gland contains two layers. The outer layer is called the adrenal cortex. Three different types of steroid hormones are secreted here: mineralocorticoids, glucocorticoids, and sex hormones. The main mineralocorticoid is called aldosterone. Mineralocorticoids are hormones that the body secretes to maintain an adequate fluid and salt balance. Salts are compounds composed of electrolytes like sodium and potassium, and these electrolytes affect the body’s fluid content. Cortisol is the body’s main anti-stress hormone. It also has a weak mineralocorticoid effect and in high enough doses can work like aldosterone.

Basic biochemistry tells us where sodium goes, water follows. Aldosterone signals the kidneys to reabsorb sodium so it does not leave the body with urine. As sodium is retained, so is water. The more aldosterone released by the adrenal glands, the more water is retained in the body. Because the cardiovascular system is a closed system, more water in the body raises blood volume. This added volume increases the pressure within your blood vessels and translates into higher blood pressure, all else being equal.

The release of the proper amount of aldosterone and cortisol by the adrenal glands is a continuous and automatic process. If the body senses low blood pressure being, more aldosterone is released. A healthy body conducts this automatic process of internal fluid balance without us knowing.
The problem comes when this regulation is dysfunctional or imbalanced, as occurs in those with Adrenal Fatigue Syndrome.

When under stress, the adrenals are put in overdrive to secrete more compensatory hormones, such as cortisol and aldosterone. Typically, levels of both hormones rise in early AFS stages. Because of increased aldosterone levels, blood volume increases and blood pressure rises. It is common for people experiencing stress to have a higher than normal blood pressure. This is due, in part, to high aldosterone levels. If stress is unrelenting and becomes chronic, AFS progresses to more advanced stages and the adrenals begin to burn out. After reaching its maximum output in early stages, aldosterone and cortisol levels as the adrenal glands become exhausted. The more advanced the stage of AFS, the lower the aldosterone output; and as the aldosterone output falls, the body’s ability to retain fluid is compromised. Salt cravings become more severe and are warning signs of underlying problems. Many under stress automatically reach for salty foods such as potato chips for this reason. They also tend to salt their food more. This is an automatic response to low internal aldosterone levels in AFS sufferers. If unresolved, aldosterone levels continue to drop, contributing to a state of chronic low blood pressure. One can feel dizzy and lightheaded, with reduced urine output. Efforts to increase blood pressure fail even with increased water intake.

Multiple visits to conventional medical doctors are usually made. However, unless a physician is alert and on the lookout for the underlying adrenal dysfunction, the focus of investigation usually falls on the cardiovascular system and kidneys. A thorough workup is often conducted but offers no clues.

The key lies in medical history. Classically, those with chronic stress report increased salt cravings and chronic low blood pressure that continues even when adding more salt in their diet. They often do well with drinking a glass of salt water in the morning and in the afternoon. Consuming foods and snacks high in salt and fat also helps. Unfortunately, few sufferers are asked the key questions to determine whether AFS is a possible cause. As long as laboratory tests are unremarkable, which is often the case, patients are told everything looks normal and are discharged. Even for astute physicians that use blood tests to rule out hypoaldosteronism, subclinical low aldosterone levels are seldom recognized because tests still show normal or only borderline values. Instead of delving into a patient’s history for more clues, patients are abandoned. There is seldom if any recognition that the symptoms are the consequence of subclinical fluid depletion caused by aldosterone dysregulation as part of AFS. 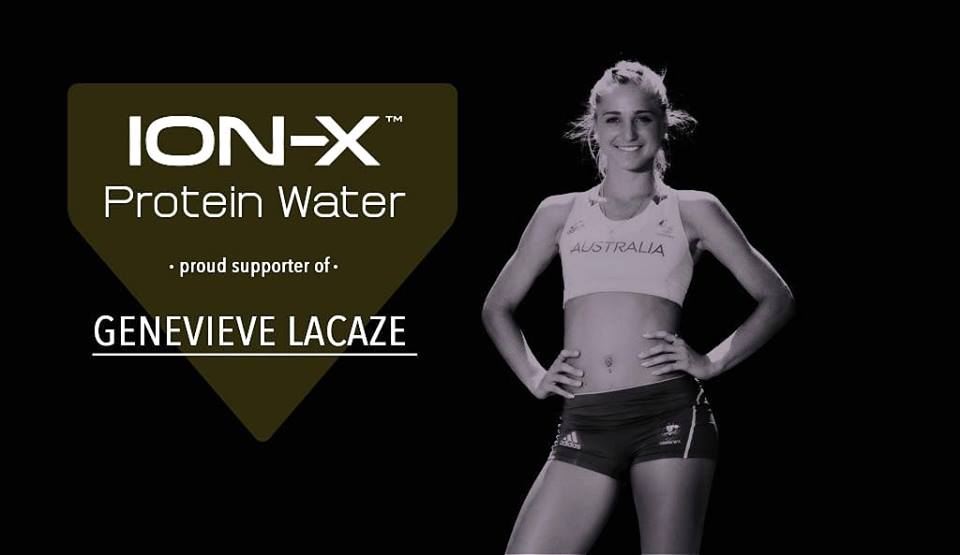 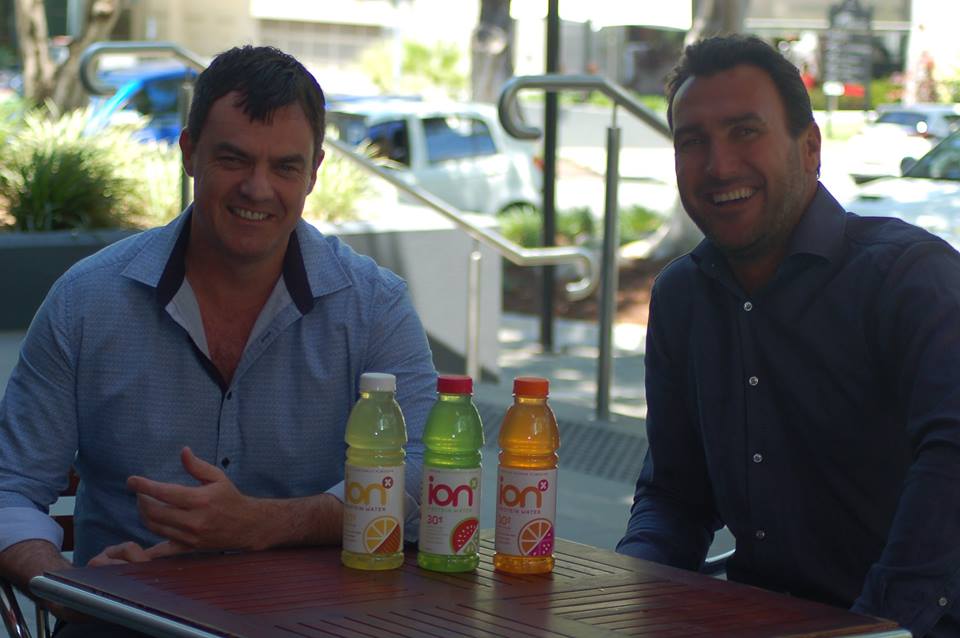 The Protein Myth – How Much Protein do you Really Need? 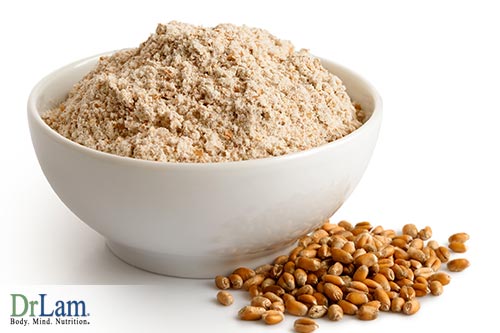